12 May Break the Vicious Cycle of Groupthink Using Assumptional Analysis

Posted at 06:01h in Uncategorized by rkilmann

Groupthink is a diversion from reality. It allows a group to think they are on the right path (effectively resolving a complex problem or making a difficult decision) simply because all the group members AGREE on the same position. This group-wide agreement becomes a substitute for reality: “If we all agree, we must be right.” If any member argues against the group’s popular approach to the task at hand, the rest of the group applies strong social pressure to conform…along with an implicit (or explicit) threat of expulsion from the group if the offending member does not relinquish (disavow) his independent opinion that is at odds with Groupthink. 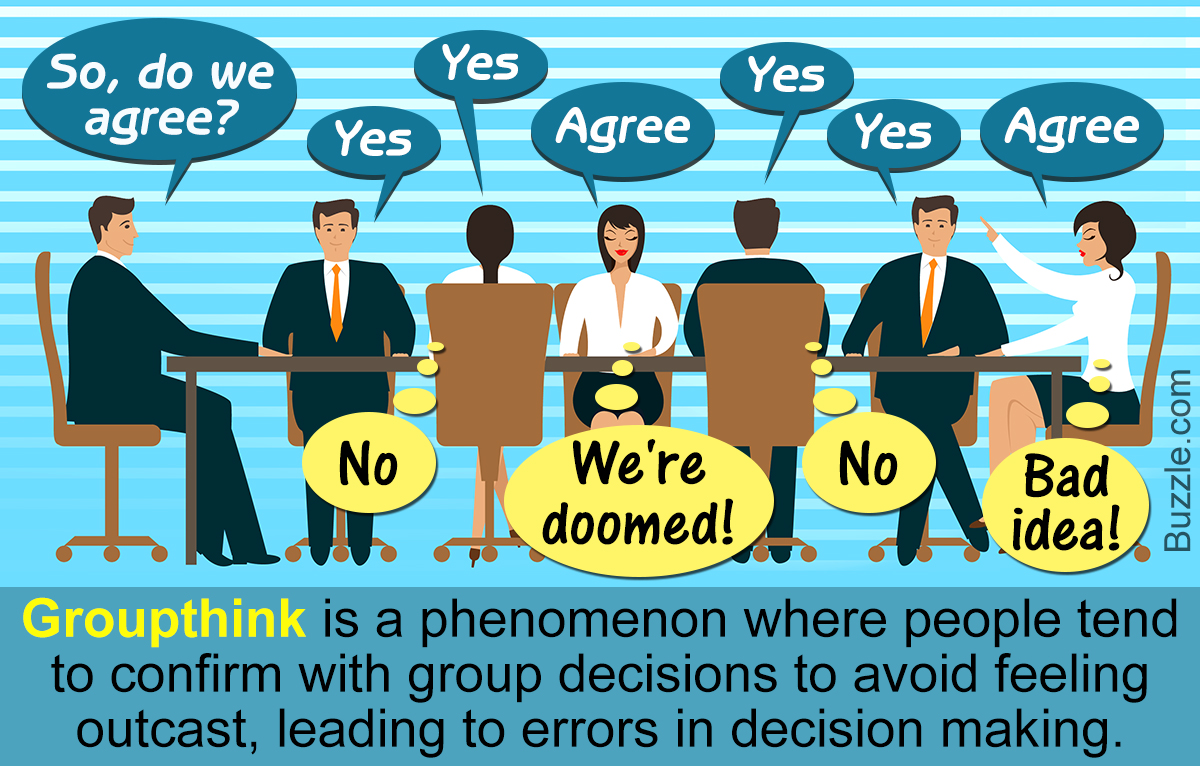 How to get out of the Groupthink Trap? The best way to sustain Groupthink is to prevent people from getting in touch with their underlying assumptions… about reality and everything else. Using the method of assumptional analysis can quickly uncover the nonsense that supports Groupthink (if we agree, we must be right). In a nutshell, here is a summary of the method (see Kilmann’s Creating a Quantum Organization for the detailed steps).

Divide the whole group (say 12 members) into four subgroups (e.g., 2 to 4 members each). Each subgroup writes down its “initial conclusion” about the topic at hand: “The best solution to this problem is….” Each subgroup then lists the key stakeholders who are most relevant to its initial conclusion (typically, the internal and external stakeholders include customers, suppliers, senior management, employees, group members, union representatives, competitors, the community, government agencies, and so forth). For each of these stakeholders, each subgroup writes out all the assumptions that would have to be true in order to give maximum support for the validity of its initial conclusion. For example, an assumption about customers would be that they can easily see the value of our products and therefore they prefer to purchase these products from our organization and not from any of our competitors. For the time being, the assumptions are listed without regard to their actual truth. We just want to see WHAT is really behind our pet positions, so team members have a chance of breaking out of any groupthink trap.

After the four subgroups have classified their assumptions according to their IMPORTANCE and CERTAINTY, they are then ready for an open, intense, community-wide debate. Briefly, each subgroup takes its turn in presenting its initial conclusion, stakeholders, and assumptions (including their relative importance and certainty) to the whole team. So long as each subgroup has done a conscientious job of surfacing and analyzing its most important yet uncertain assumptions, the community debate will surely BREAK any previous tendency for Groupthink. All members get to see, loud and clear, what is really behind their previous group’s beliefs, decisions, conclusions, and actions. By making assumptions explicit and talking about them out in the open makes it exceedingly difficult for any team to deny reality, just so an easy agreement can be reached, regardless of its validity. In today’s world of increasingly complex messes, we must be sure that reality rules the day (valid and tested assumptions about what we know about all key stakeholders) rather then letting distortions of reality (groupthink) result in poor decisions, lingering problems, and unresolved conflicts in the workplace.